I am speaking today with Persian Flamenco cross over guitarist, Farzad Arjmand about his music and spiritual connection with the late Iranian poet, Sohrab Sepehri.

Scot: Why did you choose to translate Sepehri’s poetry into music?

Farzad: I was playing American/Latin and Flamenco music and as soon as I started to read the poems of Sepehri, Hafez and Rumi in Persian, I found that they rhymed with these styles of music I was playing. I totally immersed myself into it.

Scot: Do you sing these songs in Persian, or English when performing?

Farzad: I sing the poems of Sepehri in Persian. Because of my flamenco influences, non-Persian people like it as well. To Persian speaking people, the poems and music connect with them on a deep level. Sepehri is one of our most popular and loved poets in Iran. What I tell people is that you don’t have to be a singer to sing his poems. They are so deep and simple, they go straight to your heart.

Scot: I read that Sepehri had a deep connection to nature. Did that influence you in your recording of his poems?

Farzad: Yes. Sometimes I have to re-record my singing because I start crying in the middle of the song. You start thinking about what he is saying and you can’t hold on to your voice any more. His poems choke me with their beauty. They are spiritual, as is nature.

Scot: Do you feel you have a connection to nature when you sing his poems?

Farzad: Absolutely. If you read some of his poems, your vision of life will change. It won’t be so black and white. You go into nature away from the material world and into a spiritual way of thinking.

Scot: Sepehri practiced what Iranian’s call” New Poetry”, neither prone to meter or rhyme. Was it easier, or more difficult to create music to Sepehri’s poems because of this?

Farzad: Much easier. I did the same with Hafez’s poems, which lend themselves more to classical music. But, with Sepehri, it is simple. With his poems, if you know a few chords, you know which chords to use. They come to you as you play.

Scot: So, are you saying that the poem guides the music, or does the music guide the poem.

Farzad: It goes both ways. If you know enough music, the music will click in a meaningful way and make the translation.

Scot: Sepehri was versed in mysticism and Buddhism, do you feel this influenced you in your connection to creating music to his poems?

Farzad: Yes, he has a poem named Bohdi, which was the first song I wrote on my album. It pays tribute to enlightenment. Sepehri changed my vision towards viewing the planet, nature and life as a whole. He has a poem that says we have to look at life with a different vision. If there is not another worm in the dirt, the trees won’t last. He was an early environmentalist who understood nature.

Scot: How did Sepehri change your personal views of the world?

Farzad: His poems made me question my life and other Persian musical interpretations of Sepehri’s music. The people I asked about the translation of certain verses had different opinions as to what he meant. When I began to set music to this poems, I believe the right way of interpreting them came to me. For example, in Persian, the words from one of his poems can be translated to either “the voice of heaviness, or the voice of light” depending upon the emotions of the reader. Without music, his words can be translated either way. However, once I added my music to the poem, I knew that the translation meant “heaviness” in the context of what Sepehri was saying. It made more sense to the story being told. Another Sepehri line I re-interpreted after listening to a different Persian musicians recording of the same poem was, “I take sadness and make it into mud to build a bridge to happiness. When I added my music to it, the translation came to be “I take sadness and make it into flowers to build a bridge to happiness. The different interpretation of that one word, “mud” as opposed to “flowers” changed the entire context of his poem. Both sentences work in the context of Persian verse. However I felt “flowers” is what Sepehri meant, because of its ability to rhyme better with my music.

Scot: With that said, do you feel that you were connected to Sepehri in a spiritual way and became his voice through your music and interpretations?

Farzad: Absolutely. I remember going through his book and being guided to a certain page. I would read a couple of sentences and it was as if Sepehri was telling me to stop and write music to this poem. I believe that I am connected to him and I am certain that I am going to meet him in my next life!

Scot: I hope you do, you guys will have a lot to talk about. Sepehri was influenced by western culture to some extent, did that have any effect on your integrating traditional Persian music with Flamenco?

Farzad: I play what feels right based on the musicians I play with, the people that I play for and the poems that I read. It’s not a Western view of the world that shapes my music, but an International one. I have the support of the audience and I am fortunate to play with great musicians from all over the world. I have many non-Persian fans that come to hear us perform, along with the Persian community. We don’t have a lead player per se any more in my band, for Sepehri’s poems are now the lead.

Scot: Do you have plans to record any more of Sepehri’s poems?

Farzad: Just when I thought I was done recording and translating Sepehri’s poems, another one comes to me. When I feel it can’t get any better then what I already recorded, it does get better. I feel that I am growing as a musician because of his influence on me. And, because Sepehri has so many poems, this will help me create music to last my lifetime.

Scot: How are people reacting to your live performances of Sepehri’s poems?

Farzad: Great, if it’s good for us on stage, then it’s good for the audience. That’s why people come to us for gigs, rather then the other way around. I think it’s because these poets are looking out for us! We are keeping their flame alive through our music.

Scot: When you perform these songs live do you feel the audience connects to them in a special way, even though you’re singing in Persian?

Farzad: Yes, we all become one like a big family. It drains my energy in a good way, because I give my all to the audience. If I were to do this in Iran, it would be totally different.

Scot: Could you perform this non-traditional style of music in Iran?

Farzad: Of course. Sepehri is very well known and appreciated in our culture.

Scot: Thanks for sharing your insight on the poet Sepehri and your spiritual connection to his work through music. I appreciate your time and wish you continued enlightenment through your exploration of this great master of words and art.

Farzad: Thank you, I am grateful that my fingers sing his poems!

For more information on the poet Sohrab Sepehri click here

Shining Light And The Mystical Tuning 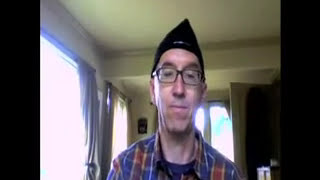