"Hordes of men walking, they trail the stars, their sons and their daughters, shipped off to Mars"

The opening lyrics to the Colonizer song set the mood for the "Space And Other Things" album. Scot Sier’s introspective analysis of 21st century culture is a journey into the zeitgeist of modern history. From billionaires colonizing Mars, to the search for meaning in a bifurcated world, the eight prescient songs are a snapshot of current socio-politics. “My goal with this album is to sow the seeds of change for a unified future” SIER exclaims. And Colonizer is the perfect song for a world facing extinction from climate change and war.

As the working class meek out a living pay check to pay check and the world burns and floods, fed by consumerist waste, the billionaire class fantasizes about colonizing Mars. While SIER Identifies with the philosophical mysteries of science fiction, his lyrics tell a different story than the Libertarian futurist technocrat rhetoric of today. “I write about the future of mankind by looking at the journey through a spiritual lens", SIER exclaims.

“Singular conscious has wired the stars, the nerve centers humming with dreams from afar, one thoughts a lifetime alone in the night, the universe breathing he enters the light” - His Colonizer lyrics tell the story of modern connectivity alienation and mankind’s search for meaningful enlightenment for the deeds we share with humanity.

The militaristic snare drum opening in the song is an audiogram of US nationalism that has been the subliminal message heard in the 60’s propaganda marketing messages of the industrial military complex that led to the space program that put a man on the Moon. The Moog synth hums along with arpeggiated synth notes that make the listener feel like they are in a rocket on the tarmac waiting for liftoff. The excitement builds to a crescendo as the guitars, bass and vocals kick in projecting the listener into the unknown journey of space as the last survivor on Earth. The lyrics read like a Ray Bradbury novel with the protagonist being a reflection of ego domination for self survival. “His conscience uploaded they map out his genes, the program receiver decodes his seed” - The will to survive as a species is evident in the lyrics as a quest for human species survival at all costs.

Will we succumb to the singularity of hybrid genetics driven by technological advances and bio-neurological hacking for interplanetary exploration and colonization? Who will be chosen to represent our species? Will it be the privileged “white” class whose wealth accumulation make them the Godhead for species replication?

These questions and more sum up the sophomore album by songwriter Scot Sier who is leading a vanguard of sound that advances music into a new era of production and poetic contemplation on the forth-coming, “Space And Other Things” album.

"And he waves at the sun

With a tear in his eye

His spacecraft adrift in the night

The future has never looked so bright"

Sign up for our newsletter for notifications on the Space And Other Things album release date and the latest music news. 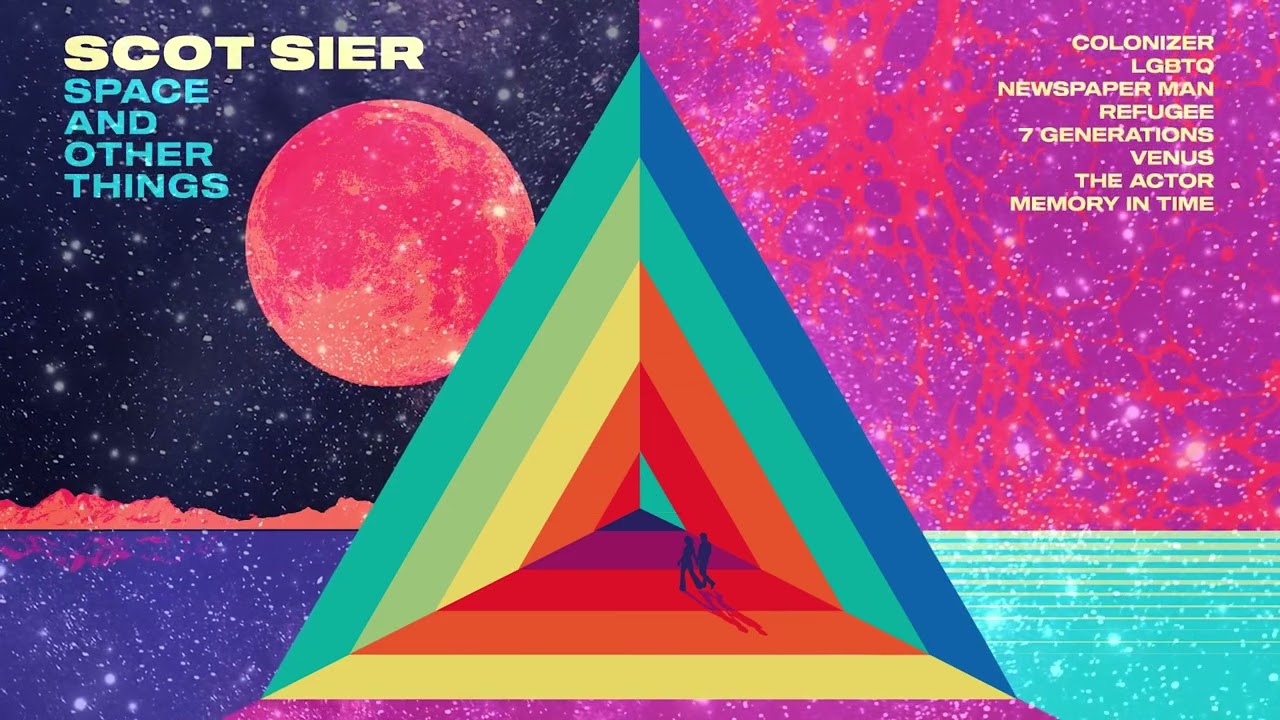 Pre-Save "Space And Other Things" - An Epic Protest Album For The People.